Saying Goodbye to a Beloved Dog: A Life Well Lived?


The pain of losing a wonderful dog is tempered (at least a little) by memories of the delightful doggy moments in his life. A manifesto for giving dogs as much joy as we can.

This page contains affiliate links which means I may earn a commission on qualifying purchases at no cost to you.

Get Companion Animal Psychology in your inbox.

A few days ago, we said goodbye to Mischa, the biggest bestest boy, with the most perfect eyebrows ever. A week shy of his 15th birthday, he outlived our expectations by more than a year. But no matter, that: his passing came a week shy of 15 years too soon.

Two days before our final trip to the vet, he came on his last walk. It was lovely and crisp, and he trundled behind me, always eager for one more treat. He had taken to stumbling and stalling over the last year, not quite in control of his long limbs. But with his characteristically affable nature, he bumbled delightedly after me every afternoon, including that last one; stopping to take in the pile of feathers left behind from some successful fox hunt, drawing in deep breaths, his flews gently flapping, his posture intent.

As we drove into the vet’s office, we were stopped by a funeral procession coming in the opposite direction. A phalanx of cars, lights flashing, made their way down the highway, excruciatingly slow. Mischa was declining rapidly in the backseat and I grew enraged that we had to pull over; that we had to extend his suffering by even ten minutes. Why is his pain of no concern, while he actually still breathes? Why are their rituals of their grief more important? In some logical part of my brain, I knew that we are all just doing our best, and none of them could have known. But in that moment, in my own anticipatory grief, I wanted to shake my fist at them; scream at them until I was hoarse. I wanted to make them look into my car and see Mischa, prone in the backseat, his laboured breaths echoing over the soft sounds of the wiper blades and car heater. 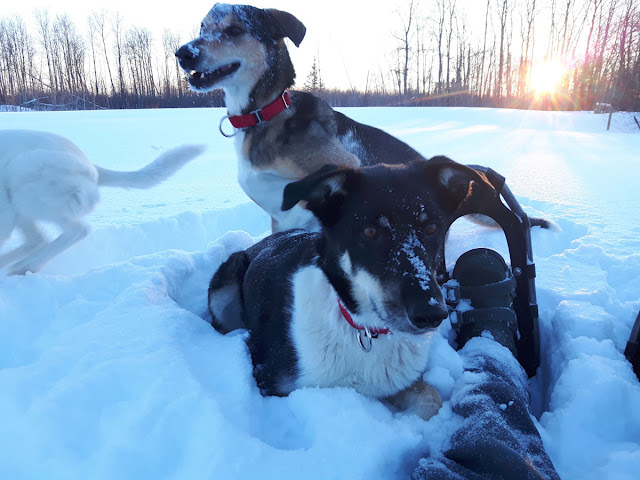 A funeral procession, of course, made me think about all those human symbols and rituals that we rely upon to process death. We send our dead ones into some afterlife or another with a set of rules and regulations, with words and phrases codified and euphemistic. We talk about glory and deservedness. We talk about a better place, as though that is a truth, as though we alone are outside of the simple facts of life and death in our natural world. We do a lot of talking, us humans.

But for me, sitting in the passenger seat of my car, full of raging sadness and 15 too few years with Mischa, I had a different question in my mind. I am an atheist. I don’t believe in any kind of an afterlife. I knew that when Mischa passed, that was absolutely it for him. Denied the pleasant suggestion of a lovely doggy afterlife filled with chasing bunnies and thousand-pound portions of organ meats (did I tell you about that time that Mischa broke into a garden shed and ate half a bag of bloodmeal fertilizer? That was a fun call to our vet, I can tell you), all I had, all I could ever have, were questions about how well I provided for Mischa in the almost 15 years we had together. Mischa doesn’t have an afterlife. Mischa, like me, only had his life. And as a being completely in my care, the quality of his life had been mine for the giving, mine for the taking. This is no small burden, is it? This is a burden as heavy as a coffin, as heavy as a car, as heavy as a celestial body. This is a burden so heavy that I felt crushed by it, sitting in the car, pulled over on the side of the highway, as the funeral procession made its way by. 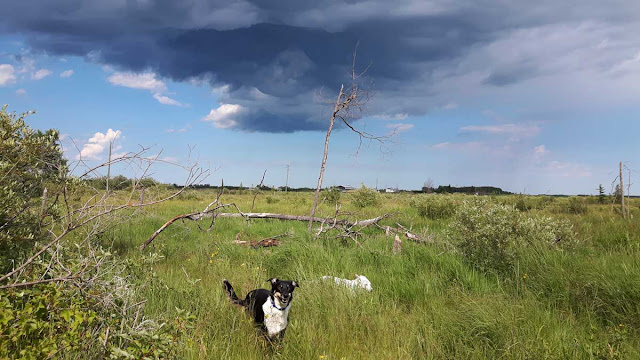 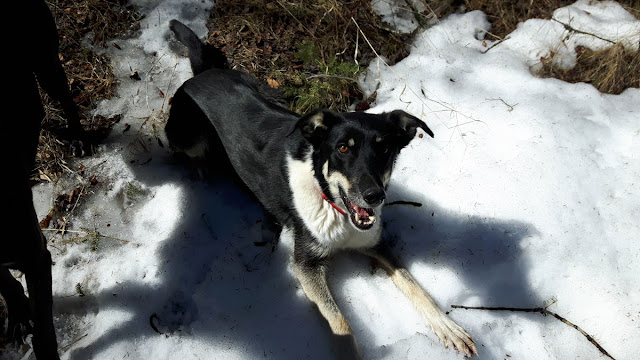 Scrolling through all the times I had shared his humour and his joy, I felt a dent in my grief, and it hissed out of me like a tire with a leak. He had lived a glorious life. He had freedom, and exhilaration, and so many treats. I gave him skills, and cuddles, and opportunities. And instead of a funeral procession, I will process my grief over his loss in the best way I know how: I will give my other dogs the very best I can offer them. When I go to the TV room and see the fur that we brushed from his coat the day before he died, as he lay with us on the couch…I will try not to fold into myself and retreat into grief. I will try not to turn the material remains of his life into something I hold dear with a reverence approaching idolatry.

Instead, I will do my best to think fondly of a life well lived; a life full of delight, full of adventure. Goodbye, sweet Mischa. I hope your life was as full of caloric glee as I think it was. In the grand scheme of things, we all have just a few moments on this odd green sphere. I am so glad I could share some of mine with all of yours. 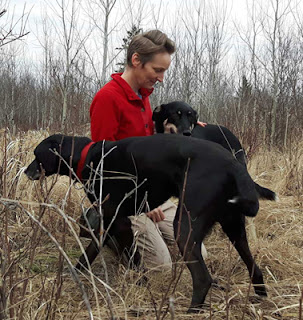 Kristi Benson
is an honours graduate of the prestigious Academy for Dog Trainers,
where she earned her Certificate in Training and Counseling (CTC). She
also has gained her PCBC-A credential from the Pet Professional
Accreditation Board. She
has recently moved to beautiful northern British Columbia, where
she will continue to help dog guardians through online teaching and
consultations. Kristi is on
staff at the Academy for Dog Trainers, helping to shape the next
generation of canine professionals. Kristi’s dogs are rescue sled dogs,
mostly retired and thoroughly enjoying a good snooze in front of the
woodstove.