The mirror test isn’t the only way to test for self-awareness—but thinking about the kind of mirror can make a difference to results.

Theory of Mind (ToM) is the term used to describe the cognitive ability to understand that others around you are their own separate agents that have thoughts, beliefs, or desires that can differ from your own (Premack and Woodruff, 1978; Reznikova, 2007). Previously thought to be an ability unique to humans, the question of whether non-human animal species possess this understanding has gained interest in recent decades (Penn and Povinelli, 2007).

This question is significant because ToM abilities suggest that animals may have greater awareness of the world around them and have sensitivities towards their environment. Animals with a deeper understanding of their environment and the events that occur within it may be more able to have subjective experiences, such as taking interest in feeling pleasure or avoiding suffering. This may lead to their human caretakers placing greater value on these animals’ welfare and striving to improve interactions in captive settings.

For example, as great apes are often considered cognitively advanced and have demonstrated characteristics analogous with ToM, they are protected from use in regulated scientific research in the UK. Additionally, discovering which animals share this ability with humans may help us better understand how our own intelligence evolved.

One approach used to investigate ToM in animals is to test for self-awareness. If an animal can understand that other individuals have their own thoughts, beliefs, or desires, then they should be able to understand the same concept in themselves.

This approach is traditionally taken through a mark test, wherein a mark (e.g. coloured dye or sticker) is placed on the animal’s body without them being aware (e.g. during anaesthetic or routine physical interaction). The mark is usually placed in an area of the body that the animal could not normally see without the aid of a reflective mirror. If the animal tries to remove the mark from their body only when using the mirror, then they are often considered to understand that the reflection is of themselves and therefore might possess self-awareness.

“They held the smaller mirrors in different angles, close to and around their face and body, often making face or body movements”

Animals typically considered to be intelligent, such as elephants (Elephas maximus) and crows (Corvus splendens) have been seen to pass this test (Plotnik, de Waal, and Reiss, 2006; Buniyaadi, Taufique, and Kumar, 2019), whereas others such as long-tailed macaques (Macaca fascicularis) and cotton-top tamarins (Saguinus Oedipus) have failed, instead reacting to reflections with continued social behaviours as if they were looking at a conspecific (Gallup, 1977; Hauser et al. 2001).

However, findings in this area are often conflicted due to constraints around the approaches used. For example, some crow species (Corvus corone) that are considered to possess advanced cognitive abilities and show interest in mirrors have previously failed the mark test (Vanhooland, Bugnyar and Massen, 2020), however their failure may not be due to a lack of self-awareness but rather because they lack motivation to remove the mark. Human infants with no previous experience of mirrors and congenitally blind adults who have had their sight surgically restored both initially respond to reflections as if they are looking at someone else (von Senden, 1960; Povinelli et al. 1993).

It is therefore possible that animals would benefit from prolonged exposure to mirror reflections to develop their familiarity over time. There may also be issues with ecological saliency wherein birds, such as Clark’s nutcrackers (Nucifraga columbiana), which are familiar with more natural distorted forms of reflection (e.g. standing water), respond better in mirror tests to blurred reflections than standard reflections (Clary and Kelly, 2016).

Similarly, dogs (Canis familiaris) often fail the conventional mirror test of self-recognition, yet have been reported to show more investigative interest in odorous urine samples during modified tests that instead allow them to utilise their keen sense of smell and high motivation to identify themselves and conspecifics through olfaction (Horowitz, 2017).

Likewise, zoo-housed gorillas (Gorilla gorilla) often fail the mirror test of self-recognition which could simply be due to a natural species aversion for maintaining eye contact with conspecifics, and therefore are not looking at their reflection long enough to recognise themselves (Shillito, Gallup and Beck, 1999; Posada and Colell, 2007). Gorillas who have potentially overcome issues with gaze aversion, by being raised in an entirely human focussed environment or housed individually, have been shown to pass the test which may add weight to this theory (Patterson and Cohn, 1994; Posada and Colell, 2007; Allen and Schwartz, 2008).

A recent study by Kopp et al. (2021) investigated mirror self-recognition in 47 chimpanzees (Pan troglodytes). Their behaviour was compared when given one large stationary mirror versus several small hand mirrors.

Chimpanzees spent more time interacting with smaller mirrors that they could hold and manipulate, and engaged in more self-exploration behaviour typically considered indicative of self-recognition. For example, they held the smaller mirrors in different angles, close to and around their face and body, often making face or body movements, or exploring parts of themselves they would not normally be able to see such as their teeth or tongue.

These findings could have several explanations, such as chimps being better able to carry the handheld mirrors to a desired location and explore their reflection without being distracted or outcompeted by others in their social group. Additionally, it may have been easier for the chimps to move the hand mirrors to see different parts of their body than to reposition their body in front of the larger stationary mirror.

They also showed aggressive behaviour towards the larger body-sized mirror but not when exposed to smaller, handheld mirrors. It was suggested that the use of smaller mirrors may have reduced the likelihood of chimps becoming fearful or aggressive due to the reduced social stimulus properties associated with the smaller mirror images (Anderson and Roeder, 1989; de Veer and van den Bos, 1999), thereby allowing them to better develop understanding of the contingency between their movement and the reflection.

These findings could be used in future research in other species that have previously failed tests of mirror self-recognition, to see if provision of more manipulable mirrors alters the way they respond. It is possible that handheld mirrors may make it easier for animals to understand that the reflection is an image of themselves.

“This may lead to their human caretakers placing greater value on these animals’ welfare and striving to improve interactions in captive settings.”

If future studies use these portable, manipulable mirrors, more informative results on mirror self-recognition could be obtained in species that do not currently evidence this ability. This could add to a body of recent scientific literature that is indicative of ToM abilities being more widespread than previously thought.

There is doubt, however, as to whether monkeys are displaying mirror self-recognition or just simply learning to perform a behaviour to get a reward (i.e. to touch their face to get a treat without understanding the significance of the reflection in front of them).

Testing the use of handheld mirrors in these species may add weight to these findings if monkeys are seen to show more behaviours indicative of self-recognition when presented with smaller mirrors, or conversely if monkeys do not show self-recognition, it will add to evidence that these results are simply due to extraneous factors (e.g. monkeys learning a specific behaviour for reward). 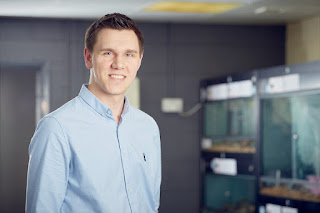 John Binks MRes, BSc (Hons), PCAP, FHEA is a Lecturer in Animal Behaviour and Welfare at Hartpury University, Gloucestershire. His research interests include the use of sensory enrichment for non-human animals and animal welfare assessment. John enjoys exploring the cognitive abilities of domestic animals and measures used to enhance their quality of life.

Lucie Mellish BSc (Hons), is a postgraduate student studying MRes Animal Behaviour and Welfare at Hartpury University, Gloucestershire. Her interests include animal psychology, in particular language and theory of mind.

Senden, M. von. (1960) Space and sight: The perception of space and shape in the congenially blind before and after operation. Glencoe, IL: Free Press.

What does the dream consist of?